501(c)(3) Advocacy Practices and Guidelines During an Election Year

Charitable organizations are allowed to educate and, within IRS limits, lobby elected officials and other government officials about issues that are important to them.  GSUSA encourages councils to actively work with and lobby their public officials on the Girl Scout legislative agenda, and to encourage civic participation by girls.  However, the laws governing tax-exempt organizations draw a distinction between lobbying activities and intervening in elections. While lobbying is permitted, intervening in elections is not.  It is a violation of both GSUSA policy and the law that governs tax-exempt organizations.  The guidelines below are intended to help councils understand the difference between permitted advocacy and lobbying activities and impermissible election intervention.

The official GSUSA policy on intervening in elections is as follows:

Political and Legislative Activity
Girl Scouts of the United States of America and any Girl Scout council or other  organization holding a Girl Scouts of the United States of America credential may not, nor may they authorize anyone on their behalf to, participate or intervene directly or indirectly in any political campaign on behalf of or in opposition to any candidate for public office; or participate in any legislative activity or function which contravenes the laws governing tax-exempt organizations.
(Blue Book of Basic Documents 2019)

What is “Intervening in Elections”?

Intervening in elections is broadly defined as “intervening, directly or indirectly, in any political campaign on behalf of or in opposition to any candidate for public office.”

Examples of intervening in elections include expressly endorsing a candidate or stating “vote for” or “vote against” a candidate.  However, the IRS has interpreted intervening in political campaigns broadly to also include implied endorsements and any other actions that might tend to help or hurt a candidate’s chances for election.

Below are examples of activity that could constitute intervening in elections. This list is not exhaustive.  If at any point you are uncertain as to what constitutes intervening in elections, contact the GSUSA Public Policy and Advocacy Office, who can assist you with questions about what is appropriate during election season. This list provides an overview of federal guidelines.  Each state also has its own laws regulating organizations’ activities related to state and local candidates.

When acting as a Girl Scout representative, employee, volunteer or Girl Scout you may not engage in the following prohibited electoral activity:

It is acceptable for Girl Scout staff and volunteers, in their staff or volunteer capacity, to engage in the following activities:

Activities on Your Own Time

You may campaign on behalf of a political candidate as an individual on your own time without reference to your role as a Girl Scout employee or volunteer. You may not use Girl Scouts computers, phones, or other resources to do so.

As the nation’s premier organization for girls, it is our mission to build girls of courage, confidence and character who will make the world a better place.  What better way for us to help girls grow strong than to teach them the importance of using their voice by participating in the upcoming election cycle.

Girl Scout staff and volunteers can teach girls about the election process by encouraging them to participate in the following activities:

What about activities on my own time?

Girl Scout employees are not prohibited from participating in political campaign activities, such as volunteering for a campaign, in their personal capacity on their own time (e.g., weekends or evenings). You should not use Girl Scout resources to do so or represent that you are acting as an employee or volunteer of Girl Scouts. If someone does identify you as working for or representing the Girl Scouts, you should say “I am here in my own personal capacity and I am not representing the organization.” It is not appropriate to wear a Girl Scout pin or uniform at any campaign events that you are attending in your personal capacity.

What if a reporter asks about Girl Scouts' view on a candidate or candidate's positions or statements?

As a § 501(c)(3) organization, your Girl Scout council cannot take positions on political candidates, and you should advise the reporter accordingly. Please contact Josh Ackley at GSUSA Communications at jackley@girlscouts.org if contacted by a reporter about Girl Scouts’ view on a candidate.

If you receive media inquiries, we recommend providing the following statement:

“Our council, like all Girl Scout Councils, is a 501(c)(3) nonprofit organization whose mission is to build girls of courage, confidence and character who make the world a better place. As a tax-exempt organization, we cannot and do not take positions on candidates or political parties. We work with all of our leaders in government, regardless of party affiliation, to advocate on behalf of the Girl Scout Movement and girls across the United States. For further information, please contact Josh Ackley at Girl Scouts of the USA at 212-852-8038.”

In my Girl Scout capacity, can I publicize that this is an exciting year for women or that women's history is being made because so many strong women are running for office, or point out that many of the candidates are Girl Scout alums?

Can Girl Scouts re-tweet or publicize when a candidate mentions Girl Scouts?

What if the elected official we are meeting with/inviting to our event is running for re-election?

It is permissible to educate and lobby elected officials, including those running for reelection, and to invite them to council events.  However, you must be very careful that your actions are not misconstrued as an endorsement.  As described above, if you invite an elected official to Gold Award ceremonies or other events hosted by your council, make clear to the elected official that they are being invited in their capacity as an elected official, not as a candidate, and cannot use their speaking time as an election-related platform.  It is a good practice to send a letter to the elected official prior to the event reminding them that your Girl Scout council is a nonpartisan § 501(c)(3) organization that cannot support or oppose candidates and that he or she cannot mention their candidacy, hand out campaign literature, use speaking time to discuss their election platform, or use photos from the event in their campaign materials.

GSUSA respects that Girl Scout staff and volunteers may hold strong political convictions concerning elections; however, it is crucial that you adhere to the GSUSA policy.  Intervening in an election as a representative of Girl Scouts could result in the loss of your Girl Scout council’s 501(c)(3) tax-exempt status. If you have any questions or concerns regarding this topic, please contact the GSUSA Public Policy and Advocacy Office at 202-659-3780 or advocacy@girlscouts.org. 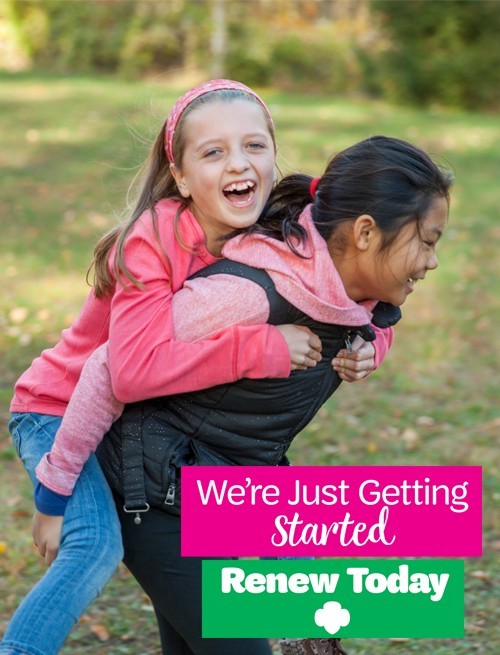